How to Refuse to Pay for War 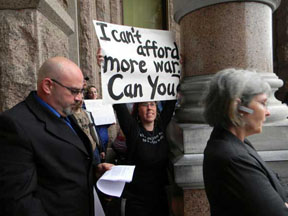 Debbie Russell at the Texas state capitol on Tax Day, 2010

Other factors will influence your method of resistance also: whether you are salaried, self-employed, off-the-grid, below taxable income, etc.

But don’t let yourself get bogged down by too much weighing the options. You can always adjust your method as your resistance develops. 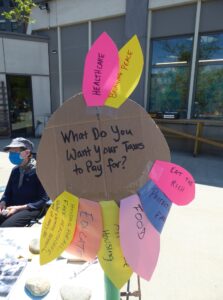 Summarized below are a few war tax resistance methods. Some are more convenient to some people

than to others. And some methods are better than others at meeting particular goals. Each method also has a different set of risks associated with it.

If you are angry about endless war and military spending but are not ready to resist, don’t be silent. Here are some other options: