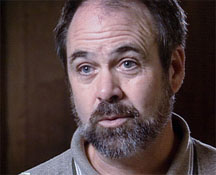 “The IRS has a huge collection process that lasts for years and at every stage of that collection process, the war tax resister has a choice about what to do. So that’s why I believe that it’s really a one step at a time kind of thing, and that imagining the worst possible consequences before you even begin the process is paralyzing. And it doesn’t let your conscience struggle with doubts one by one.”

This page will introduce you to the possible risks of different methods of war tax resistance, and to the ways NWTRCC can help you reduce those risks.

Remember that if at any time you have questions about risks and how to prepare for them, you can talk to a war tax resistance counselor in your area or call the War Tax Resistance Hotline.

Of course there are also terrible risks involved with not doing war tax resistance. If you continue to pay war taxes, you contribute to global insecurity, nuclear terrorism, and imperialism, you put innocent people in harm’s way, and you risk the moral injury of knowing that you are complicit in such things.

Inflated Perceptions of the Risk of Refusing to Pay Taxes

The IRS sometimes gets a fearsome reputation, but in fact it is often a paper tiger. Keep in mind that there is a difference between what they can do and what they will do. Their bark is often much worse than their bite.

It is also true that with most methods of war tax resistance, you can adjust your technique, lower the amount resisted, or even “bail out” by paying up if circumstances change or if your risk tolerance changes. For some people, war tax resistance is a life-long commitment; for others, it is a temporary protest against a particular war, or is something that feels right to them at one point in their life but not so important at another. Others change their method of resistance as their goals or their lifestyle change.

This page will briefly outline some of the risks associated with several of the common forms of war tax resistance. This will help you find a method that fits your goals and your risk tolerance.

Some people try to register their protest with the government by the way they pay their taxes. They continue to pay what the law demands, but do so in a symbolic way, for instance by writing a message of protest on the check or sending a letter of protest along with their tax return, or by paying the tax with hundreds of small-denomination checks or coins.

There are some risks associated with even these methods, for instance:

There are ways to mitigate such risks. For example, by conferring with a war tax resistance counselor, you can learn ways to make it less likely that the IRS will label your protest a case of “frivolous filing.”

Risks of living at an income below taxable level

Some people reduce the amount of their money that goes to the war machine by lowering their income to the point where they no longer owe any federal income tax.

These are some of the risks associated with this method:

There are ways to mitigate these risks. For example, by conferring with a war tax resistance counselor, or by reading our “practical series” pamphlets on Low Income/Simple Living as War Tax Resistance and Health Care and Income Security for War Tax Resisters you can learn ways to live comfortably and securely on a lower income.

Risks of refusing to pay the telephone excise tax

Some people refuse to pay the federal excise tax that is attached to local telephone service bills. This tax has a long history of association with war. It was originally attached to phone bills to help pay for the Spanish-American War.

These are some risks associated with this form of resistance:

There are ways to mitigate these risks. For example, you can go to the Hang Up On War! website to learn about how various phone companies deal with phone tax resisters, and to learn whom to contact about your bill to make sure your resistance is registered correctly.

Some resisters file an accurate, complete, and timely income tax return, but refuse to pay some or all of the taxes that the return says they owe to the government. These are some of the possible risks of this form of tax resistance:

There are ways to mitigate these risks. For example, you can read the advice in our pamphlet, “How to Resist Collection, or Make the Most of Collection When It Occurs,” to learn ways to reduce the risks associated with the IRS collections process, or you can confer with a war tax resistance counselor if you get a confusing notice from the IRS. The War Tax Resisters Penalty Fund can reimburse you for any penalties and interest the IRS seizes from you.

Risks of refusing to file a tax return

Some war tax resisters refuse to file a federal income tax return at all. Here are some of the possible risks associated with this approach:

There are ways to mitigate these risks. For example, you can read the advice in our pamphlet, “To File or Not to File an Income Tax Return,” to learn more about these risks and how to avoid them or make them less trying.

Some resisters file returns in ways that do not conform to legal requirements as the IRS interprets them. For example, some have claimed as “dependents” the charities they support, or the victims of a war or atrocity, or even the population of the world. Others have claimed a “war tax deduction” or have written the IRS to say that the Nuremberg Principles legally obligate them to stop paying taxes for nuclear weapons. Other resisters use creative or even outright deceptive ways of concealing income or claiming deductions and credits.

These are some of the possible risks of these methods:

In some cases war tax resisters can fight a frivolous penalty; read the advice in our page on the “frivolous filing penalty”. Using deceptive tactics when filing a return can lead to heavy penalties that are difficult to fight.

More information on the risks of war tax resistance and how to confront them can be found through these resources: